After so many years in New Zealand, I still find Christmas a little, well, odd.  It’s not that the Christmas spirit isn’t alive and well here, but somehow spending Christmas on the beach still doesn’t feel quite right.  The idea of being wrapped up in warm clothes, drinking mulled wine while looking out the window at carollers in the snow, seems more normal.

New Zealand is the first place in the world to usher in Christmas, and you have to feel sorry for Santa leaving the Pole and cooler climes and travelling 12,000 miles only to have to squeeze down a chimney in a hot woollen suit and boots in nearly thirty-degree temperatures.  I’ve been told reliably that after the present delivery is done, Santa makes like the natives, and changes into shorts, a tee-shirt and jandals, pops on his sunnies and slaps on his sunscreen, and heads down to the beach for a swim.  Can you picture Santa in speedos?

Meanwhile the reindeers take a well-deserved break, grazing on my half-acre section, with dogs Dolce Dane and Bronson Boxer, who wear their reindeer ears as a tribute to their distant cousins.  Bronson and Dolce tell me they’ve taught the reindeers to sing favourite Kiwi Xmas carols A Pukeko in a Ponga Tree and Sticky Beak the Kiwi, but I’ve never yet spoken to anyone, in either the Southern or Northern hemisphere, who’ve heard Santa’s reindeers sing these ones.

After their break, Santa and the reindeer head back to the Northern Hemisphere, where replete with a Kiwi Xmas breakfast of seafood and Pavlova, and a small glass of Sauvignon Blanc from sunny Nelson, Santa squeezes down a few more chimneys.

It’s daylight saving in New Zealand, and because of that we also have the longest Christmas Day, which is just as well given all we’ve got to squeeze in.   Early morning wake-up with the kids, keen to rip open their gifts, and then play in the garden in their new paddling pools, and a million other things Santa delivered.

Later in the day, the inevitable back yard or beach BBQ is a favourite Kiwi tradition with cold beer or bubbles, chilled Sav or warm Cabernet, and fresh seafood, sizzling steaks and sausages, glazed ham and lashings of strawberries, cream and our favourite Pavlova, which both us and the Aussies claim as their own.  It doesn’t matter – it tastes great whichever side of the Tasman you’re on.

Long is a recurring theme in New Zealand Christmas, and it’s as stretched-out as the long white cloud that New Zealand takes its name from.  The reason is because Christmas is combined with our summer holidays, and New Zealand becomes the sleepy haven it used to be, as families migrate to the beach.  Across the land, the pohutukawas are blooming red, the bluey-green sea is warm and inviting, and the sandy white beaches are filled with the sounds of happy and sports-mad Kiwis making the most of what our beautiful land has to offer, enjoying beach volleyball and cricket, swimming, boating, and fishing.

Well not everyone.  For those of us who are more sedentary than sporty, Christmas is a time to lie on a sun lounger and catch up on a good book, while working on the tan.

Speaking of good books, Christmas is a time for giving, and I’d like to give you a present of my first novel, Transplanting Holly Oakwood.  It’s about a girl who’s a long way from home, and I hope you’ll enjoy reading it as much as I enjoyed writing it.

Finding her lover in bed with her best friend was the worst thing ever, but leaving London for Los Angeles pushed trouble to a whole new level.

Holly Oakwood’s cosy life is shattered when her boyfriend has an affair with her best friend. Determined to mend her broken heart by throwing herself into her career, but unable to hide her contempt for her new boss, she loses her job as well.

She lands a dream job in a Consulate in LA, but that’s when her troubles really begin. She struggles to settle, loneliness begins to bite, and everyone around her is thin and shallow. She loses her confidence, makes a fool of herself once too often, and her new boss hates her. Can she salvage anything from the train wreck of her new life, or should she return to England?

What ensues is a comically entertaining series of events that catapult Holly into new friendships, the promise of romance and the realization that home is where the heart is.

Whether you’re spending Christmas in the snow, or at the beach in a bach, I hope you or someone you love enjoys this light holiday read.

My Xmas Gift to You – Transplanting Holly Oakwood

From Auckland New Zealand – the land of the long white cloud –  I wish you and the ones you love a happy and safe festive season and every good wish for the year to come. 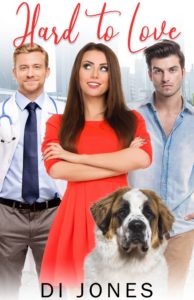 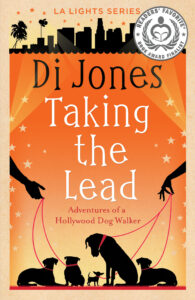 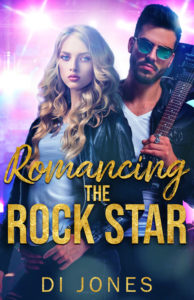